Suburbs being ripped off by Interest Rates

Suburbs being ripped off by Interest Rates 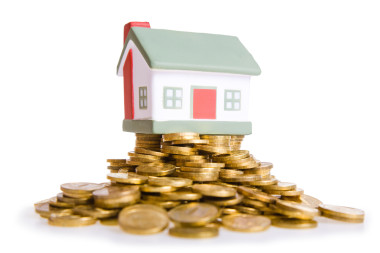 IF YOU are living in these suburbs, it may be time to check your mortgage because you could be getting ripped off.

Data from online an mortgage marketplace, has revealed the suburbs in our biggest capital cities where borrowers are paying interest rates much higher than the capital city average.

According to the data, which analysed over 1,000 mortgage applicants over December 2016 and January 2017, Sydney’s most ripped off suburbs are The Ponds, Doonside, Quakers Hill, Campbelltown and Stanhope Gardens, with mortgagees paying up to 7.88 per cent in some cases — almost double the Sydney average of 4.46 per cent.

In Melbourne, homeowners are paying up to 7.04 per cent in these suburbs: Blackburn, Glen Waverley, South Morang, Mernda, Narre Warren and Cranbourne. The average interest rate in Melbourne is 4.46 per cent.

Meanwhile, homeowners in Queensland are paying off interest rates as much as 7.39 per cent in Coomera, Advancetown, Austinville, Labrador, Surfers Paradise, Brendale and Springbrook. By comparison, the average interest rate in the Queensland capital of Brisbane is 4.72 per cent.

One of the reasons why these particular suburbs are likely to be paying off inflated interest rates is because they have a large self-employed population.

In fact, after further analysis from the detailed weekly comments from mortgage brokers, almost nine in 10 of the borrowers in these suburbs are self employed (87 per cent) with almost two thirds of them having investment properties in these suburbs (62 per cent).

Traditionally, banks have viewed self-employed borrowers as riskier because their income isn’t as stable and they often don’t have the ability to provide the depth of information usually required to apply for a home loan.

This isn’t necessarily the case anymore as banks are becoming more accepting of self-employed borrowers and smarter about servicing this important segment.

If you are making your repayments on time, it is time for you to look for a better deal and a better bank. [The banks] are becoming more accepting of it.”

The average interest rate for self-employed borrowers across the country, according to the data, ranges from 5.44 per cent in Melbourne to 5.81 per cent in Perth. This is sometimes more than 1 per cent higher than the average rates offered to similar PAYG borrowers, which range from 4.46 per cent in Sydney to 4.89 per cent in Adelaide.

So if borrowers compare rates and switch lenders, it’s estimated that potential savings could be as high as $87,383 over the life of a loan, based on a 1 per cent saving on a $500,000 loan with a 25-year term.

NO ROOM FOR LOYALTY IN BANKING

On top of just not being aware they can get a better home loan rate, borrowers are also often paying more just for being loyal.

Sticking to the same home loan provider out of some misguided sense of loyalty could be costing borrowers tens — or even hundreds — of thousands of dollars over the life of their home loan.

If your self employed, its likely that you’ll be able to secure a more competitive interest rate.